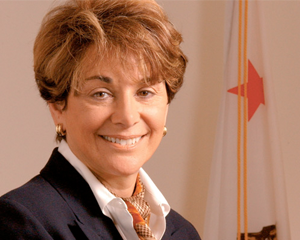 I wholeheartedly agree with its content and her sentiments:

Special to the Mercury News

Last week this newspaper’s editorial page and columnist Chris O’Brien gave us insight into the potential effects of the D.C. Circuit Court’s decision in Comcast v. Federal Communications Commission with a story about the local business 8x8. Small businesses and consumers nationwide are watching to see how the FCC and Congress react to this decision.

While I agree with much of what is in both articles, the court’s ruling was mostly a repudiation of the previous FCC’s shoddy legal practices, rather than a delineation of broadband regulatory authority. Former Chairman Kevin Martin’s FCC failed to follow legal procedures when punishing Comcast for violating an informal policy statement. Comcast may have acted improperly when it blocked access to BitTorrent’s peer-to-peer sites, but the FCC needed to give fair warning before issuing sanctions.

The FCC should have initiated a rule-making process first, and then spelled out its reasons and authority for regulating broadband. The absence of a rule-making process discussing statutory jurisdiction made it impossible to understand the FCC’s authority to take action against Comcast. The court had no choice but to overrule the FCC.

Unfortunately, last week’s decision has muddied the waters surrounding broadband governance, and immediate clarification is necessary to protect the future use of this vital communications tool.

An open Internet combined with expeditious broadband rollout is essential to maintaining our place as a leader in both telecommunications innovation and technological development. The court’s ruling will not undermine our efforts to upgrade and modernize the rules governing these core industries. This narrow decision did not say that the FCC lacks authority to oversee the Internet or even dictate a method for doing so, because the law clearly permits the FCC to regulate broadband. The FCC can use current law to provide access to all Internet sites and content on an equal, neutral basis.

Last year, I joined other members of the House Energy and Commerce Committee to direct the FCC to prepare a National Broadband Plan. Congressional intent is obvious here — we told the FCC to use its regulatory powers to stimulate our lagging broadband industry. Also, the Communications Act, which we last overhauled in 1996, clearly instructs the FCC to regulate communications-based service providers and ensure they serve the public interest. Since 2002, the FCC has regulated broadband lightly under this law as an “information service.”

Now the FCC needs to choose a method for complying with the court and take immediate action. The FCC can ask the court for additional guidance and adopt real rules that make net neutrality, or an open Internet, a permanent fixture.

Or, the FCC can reclassify broadband as a common carrier like telephones, which are subject to consumer protection requirements that mimic net neutrality principles.

Regardless of the method, I will continue working to ensure an accessible and open broadband rollout.

Early last year, I urged FCC Chairman Julius Genachowski to initiate the review that hopefully will lead to clear rules ensuring net neutrality. He pushed forward, despite enormous negative pressure from mammoth Internet service providers. I also partnered with Rep. Ed Markey, D-Mass., to introduce the Internet Freedom Preservation Act of 2009, which would mandate open architecture principles. What the FCC cannot do administratively to protect net neutrality, I will work to accomplish legislatively.

Either way, we will do whatever is necessary to deploy broadband and maintain a free and open Internet that protects small local businesses like 8x8.

The stakes are too high to be complacent — if ever there was a moment for congressional vigilance and decisive FCC action, it is now.

ANNA G. ESHOO is a U.S. congresswoman representing California”s 14th district, which covers parts of San Francisco, San Mateo and Santa Clara counties. She wrote this article for this newspaper.