Like many school districts across the U.S., Fairfield-Suisun Unified School District (FSUSD) benefited for many years from U.S. federal E-Rate discounts on phone service. When those discounts were recently discontinued, the district faced a $500K increase in phone costs. Migrating to 8x8 metered phone service enabled FSUSD to keep expenses down to E-Rate levels, even after losing its 80% discount. 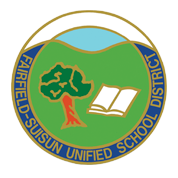 Fairfield-Suisun Unified School District (FSUSD) is located in Northern California, halfway between San Francisco and Sacramento. The cities of Fairfield and Suisun strike a balance between California’s rural Central Valley and the bustling San Francisco Bay Area. Unified in 1968,

For many years FSUSD has benefited from discounted phone service through the U.S. federal government’s E-Rate program. This program, overseen by the Federal Communications Commission (FCC) was implemented in 1997 to make telecommunications and information services more affordable for schools and libraries in the U.S.

However, in 2014, the FCC announced a major change to E-Rate. Discounts for phone service are gradually being discontinued in order to prioritize support for broadband and wireless connectivity. While this is good news for schools and libraries that need to upgrade their networks, switches and wireless access points, it also means that they will have to pay considerably more for phone service than they have in the past.

That was a huge concern for Tim Goree, director of Technology Support Services at FSUSD. With the E-Rate discount, the district was spending just $180K a year on phone service. Once the discount disappeared, the district’s cost would skyrocket to $680–700K.

“The changes in the E-Rate program rules really shook us,” recalls Goree. “We hadn’t had to pay full price for phone service in 15 years. Essentially we were going to have to come up with an extra half-million dollars to cover the difference, and that is not an easy thing for a school district to do.”

During his five-year tenure at FSUSD, Goree had overseen a number of upgrades to the district’s network infrastructure, including substantial increases in bandwidth and wireless access. He realized that the network could easily support voice traffic. Goree also did some cost analysis on the current phone system. Most of the district’s expense year to year came from PRI lines leased from AT&T. robust, highly reliable, and cost-effective for the district to implement, and also pliable for the IT department to maintain. With 8x8, we can expand and modify our phone system as needed and support all the customers we serve, both internal and external.”

The solution then became obvious: by eliminating those lines and moving to a hosted VoIP solution, the district could leverage its own robust network infrastructure and mitigate the loss of th e E-Rate discounts.

But after talking to a number of hosted VoIP vendors, Goree found that the average price point quoted was almost the same cost as FSUSD would have to pay for its existing phone service once the E-Rate discounts were discontinued. This still left him with a $500K per year shortfall.

Discouraged, Goree nearly gave up on the idea of implementing a hosted VoIP system. But in the spring of 2015, he attended the RTM CIO Congress in Palm Springs, California, an invitation-only, exclusive opportunity for technology leaders in the education industry to network with their peers, learn from industry thought leaders, share honest feedback, address critical challenges and take away pragmatic solutions that can be implemented immediately.

At the Congress, Goree had a chance to talk with various technology vendors, including 8x8. Although he wasn’t familiar with 8x8 or its cloud-based VoIP offerings, he scheduled a meeting and finally found the solution he had been looking for.

“When I met with the 8x8 representatives, I explained the situation our district was facing because of the E-Rate changes,” says Goree. “They immediately got it and suggested something I hadn’t heard of before: metered service that provides 250 minutes of outbound calling per month. It’s much more cost-effective than unlimited service, and can work well for schools where users don’t make as many outbound calls.”

Goree then asked his most important question: with metered service could 8x8 get the average phone cost down enough to meet the district’s budget requirements? The 8x8 team crunched the numbers and told him yes.

Cautiously optimistic, Goree did a second cost analysis on the district’s phone system to see whether metered service would provide enough minutes for employees. His analysis showed that up to 70% of installed phones already used fewer than 250 minutes per month.

“Phones in classrooms are not used that much for outbound calls,” he explains. “There are occasional calls to the office, emergency calls, calls to a student’s home, and so on. We really didn’t need to be paying for unlimited service—metered service was a much better fit for our environment and our budget.”

Next, Goree and his team visited 8x8’s headquarters in San Jose, California. There they met with senior executives, to discuss the specific needs of FSUSD. Satisfied that 8x8 understands how to deploy its cloud communications for the education market, the district began rolling out 8x8 service in August 2015.

Initially FSUSD did a pilot migration of its district office and two schools as a proof of concept. According to Goree, the migration was “super easy” because the district’s network is already robust and few configuration changes were required. Once the phone numbers were ported over from AT&T, activating the 8x8 phones took less than a day.

Looking ahead, the district plans to migrate one school a month over the next two years. However, this schedule is contingent upon network bandwidth, phone system performance, and bids from outside vendors. When fully deployed, FSUSD will have 2,000 new phone lines.

As FSUSD’s campuses migrate to 8x8 service, extension dialing is proving to be a major benefit to both users and the district’s bottom line.

Previously, each FSUSD campus had its own phone system. This meant that users had to place outbound calls in order to reach colleagues at other district locations.

Now, 8x8 users can call coworkers at other migrated locations simply by dialing an internal extension. Not only is this easier and more convenient for employees, it further reduces the district’s phone costs because internal calls do not count toward metered service.

“Extension dialing is going to save us a lot of money over time,” says Goree. “We’re not using up any of our 250 metered minutes when we dial an extension—and those are the majority of our calls.”

8x8’s district-wide directory service has quickly become popular among users. The directory can be accessed from any device— smartphone, desk phone or computer— making it easy to look up and contact coworkers at any district location.

“We’ve already got nearly 2,000 employees and 30 sites, and we’re still growing,” notes Goree. “The 8x8 directory is an extremely valuable, time-saving tool that helps all of us stay connected.”

Mobile App Gives Teachers the Flexibility to Call when Convenient

For FSUSD teachers, the 8x8 mobile app is a favorite feature. It allows them to call students’ homes when it’s convenient, including after school and in the evening, while displaying the school’s caller ID instead of their own private cell phone numbers. 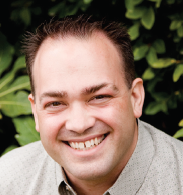 “Our teachers love the mobile app because it gives them the flexibility to place calls after hours in a professional manner,” says Goree. “Parents can see from the caller ID that the school is trying to reach them, and teachers can keep their cell phone numbers private.”

Yet another benefit of 8x8 phone service directly benefits Goree’s own IT department. Before the district’s 8x8 deployment began, each of its 29 locations had its own phone system and leased PRI lines. Maintaining all these hardware phone systems took a lot of IT time—time that is now being reclaimed as the district rolls out 8x8 cloud communications.

“Letting go of our old phone systems means we can focus on keeping our network robust instead of on maintaining servers and phones,” says Goree. “That’s key for our district because instruction depends on network connectivity for students’ devices and on streaming services like YouTube that require a lot of network bandwidth.”

When organizations consider migrating from traditional phone service to a VoIP solution, the question of reliability often arises. In Goree’s experience, not only is 8x8’s hosted service highly reliable, it’s actually more stable than the district’s wired lines!

“Our Internet phone lines are running over fiber-optic cable, not the old copper wiring,” he explains. “When it rains here, it’s our wired lines that go down, not our hosted 8x8 service. People worried about VoIP not being reliable are thinking about the past. They need to take a fresh look at the technology today.”

Migrating to 8x8 = A Triple Win for FSUSD

Assuming that 8x8 continues to be the district’s vendor of choice for future phone system contracts, Goree predicts that the migration will be a triple win for FSUSD.

First, the average anticipated cost for each extension will be significantly reduced. That means the district will continue to pay just $180K annually for phone service, despite losing its E-Rate discount.

Second, FSUSD’s phone service will be significantly upgraded, with advanced features that were not available with the previous traditional PRI lines.

Third, FSUSD can continue to upgrade its network switches, wireless access points, and wiring at a substantial discount through E-Rate, because of the program’s new focus on broadband and wireless connectivity.

“What I appreciate about 8x8 is their willingness to provide a less expensive solution that is right for our district,” says Goree. “None of the other vendors I met with mentioned metered service as an option—even though I found out later most of them do offer it! 8x8 understands that schools have different requirements and budgets than businesses, and their metered service is a great fit for the education market.”