May 15, 2013, by Debbie Jo Severin in  Unified Communications, Featured 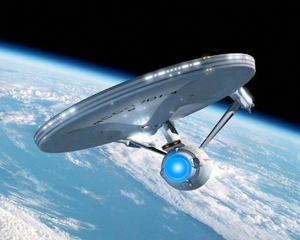 Advanced communication techniques have always been a staple of the science fiction genre. Unified communications have appeared in countless futuristic settings, but perhaps the richest and most colorful imaginings come from one of the biggest franchises of all—Star Trek.

While the famous storyline has spanned numerous series and permutations over the years, you can see foreshadowings of modern day devices as far back as the hallowed TOS (The Original Series.) They didn’t call it VoIP, but the similarities and applications are striking. Here are just a few ways business VoIP would have fit right in on the Enterprise:

The latest incarnation of Star Trek, “Into Darkness,” can be expected to be even more high tech and glossy than its predecessors. The 3D version is just another example of how modern technology has improved over the years — from the clunky cardboard glasses with red and blue lenses to the sleek frames provided today. Imagine how the workplace will change even more when everyone’s business communications and media are truly unified under one VoIP-based federation! Until then, you can push your own business to new frontiers with early adoption of business VoIP today.