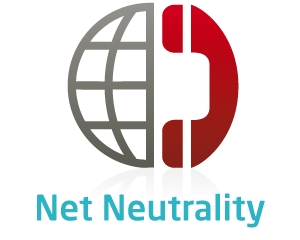 8x8 is featured inn April 7th 2010 story about net neutrality, the issue of whether the FCC has the authority  to regulate the Internet. The article appeared the San Jose Mercury News and was written by Chris O’Brien.

O’Brien: Why net neutrality matters to one Sunnyvale company

If you want to understand why consumers need strong rules ensuring all traffic on the Internet is treated equally, look no further than a Silicon Valley telecommunications company called 8x8.

The Sunnyvale-based firm has been around for 23 years, and a public company for 13 years. The company survived the dot-com bust — but barely — by reinventing itself as an online telecommunications company, and since then has seen revenues rebound nicely the last five years.

For all of its innovation and survival instincts, though, 8x8 remains at the mercy of every Internet service provider.

“If AT&T or Comcast decided to block us, we would cease to exist,” said 8x8 chief executive Bryan Martin.

That’s not just hyperbole. The threat is serious enough that the company lists it as a risk factor in its securities filings.

Unfortunately, the attempts to put firm rules in place to protect the 8x8’s of this world, so-called “net neutrality” principles, were thrown into chaos on Tuesday by a calamitous ruling from a federal appeals court.

The court said the Federal Communications Commission does not have authority to regulate the Internet. The ruling came in a case where Comcast appealed the FCC’s decision in 2008 to penalize the company for blocking customers’ access to a file-sharing service.

Tuesday’s case scuttles the current rule making process started last fall by the FCC to adopt six principles of “net neutrality.” The net neutrality rules would prohibit network operators such as Comcast, Verizon and AT&T from blocking users from accessing Internet content that is legal or limiting the kind of devices consumers can attach to the Internet, such as TiVo or a gaming console. They also wouldn’t be allowed to discriminate against certain types of Internet traffic (such as video or file-sharing), and their policies for managing their networks would need to be transparent.

Net neutrality is vital to the competitiveness of the U.S. economy. And the story of 8x8 explains why.

A few weeks ago, I stopped by 8x8 to meet Martin, a cordial engineer who just celebrated his 20th anniversary at the company. He gradually rose through the ranks to become CEO and chairman in 2002, a moment where it seemed the company was on the verge of collapse.

The company had done well selling telecommunications software to start-ups, but saw business evaporate when the stock markets collapsed. The company went from 350 employees to 30 in the blink of an eye.

“The assumption for awhile was that the company was going to go under,” Martin recalled.

Under Martin’s leadership, the company shifted to providing a “hosted” calling service that allows small and medium-sized businesses to purchase Internet telephone services over the Web. The shift in business models came just as the notions of “software as a service” and “cloud-based computing” were becoming fashionable.

It’s a remarkable tale of reinvention and survival, especially considering it competes against much larger rivals such as AT&T and Vonage. But 8x8 still operates under the whims of Internet service providers. While its voice services aren’t exactly bandwidth hogs, 8x8 services also include video conferencing and other bandwidth intensive services.

How big can 8x8 get before a telco decides it’s a competitive threat or is using too much bandwidth? And at that point, would a service provider throttle back the service, degrading its quality, or demand more money to transmit its services?

We shouldn’t have to ask. But the ruling on Tuesday complicates how to protect such businesses. For all practical purposes, the FCC’s rule-making process is stymied.

There are two options. Under the first, the FCC starts a process to reclassify broadband services as a different category of telecommunications so they fall under the agency’s jurisdiction. The other avenue is for Congress to pass a law stating clearly that the FCC has jurisdiction over these matters.

Derek Turner, research director for the Free Press, a consumer advocacy group, put the choice facing the FCC best when he told me:

So do I. Even if the fight just got tougher, the FCC can’t back down now.