Is Your Business Being Left Out of the Net Neutrality Debate? 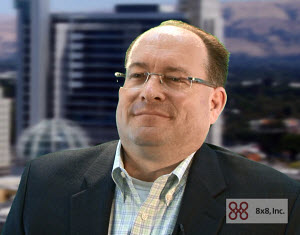 Lately, a lot of big names have been clashing over the latest FCC net neutrality proposal —the question of whether Internet service providers should have the right to offer paid priority service. But as the “big guys” fight it out, are the needs of your business getting ignored?

So far, the discussion has been dominated by huge companies like Netflix and Comcast, and has focused almost exclusively on the impact to consumers. We have heard lots from companies that would profit from video-on-demand services if net neutrality is struck a blow. Such companies could pay more for faster service, creating a faster Internet toll road for those who could afford it. Striking down the principle of net neutrality might also open the door for ISPs to discriminate against certain kinds of traffic if they felt threatened by competitors. And we’ve also heard much from those who argue that if the government doesn’t act to ensure net neutrality, it’s a slippery slope—practically a waterslide, the way some lawyers tell it—to cyber serfdom for consumers who can’t afford to pay for decent access.

Impact on SMBs Not Considered

But so far, very few pundits or regulators are talking about the impact this latest FCC Net Neutrality proposal would have on small and medium businesses, which are the engines of innovation driving our economy. In this video, Bryan Martin, the CTO of cloud communications provider 8x8, gives us a recap of the impact of past FCC actions and proposes an alternative route for future regulations that would encourage and promote innovation, without penalizing the innovators.

Share your opinion. File a comment with the FCC under Proceeding 14-28: Protecting and Promoting the Open Internet.

David is the Product Evangelist at 8x8. David enjoys the opportunity he gets to help business owners and technology professionals discover new ways that they can work smarter and conduct business anywhere, anytime. [...] Read More >