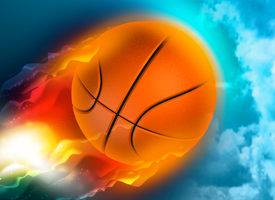 Traditionally, March is conference season – it’s been our industry’s own version of ‘March Madness.’ While it can often be a busy time of year, this year was unusually “eventful” with key industry conferences. The biggest UC (Unified Communications) shows both in March, were Enterprise Connect and Channel Partners Conference & Expo.

I found it very interesting that the common theme and message was primarily about the transition of UC to the cloud and embracing a subscription model. Historically, companies have deployed all types of communications solutions, including PBXs, ACDs, video conferencing software, instant messaging solutions, etc.  The primary drivers always seemed to be functionality, cost, reliability and security. However, the emerging trend now is to evolve this on-premises based thinking and take it to the next level – to migrate Unified Communications to the cloud with a subscription-based service.  Enter UCaaS (Unified Communications as a Service).

While it’s hard to believe, today more than 95% of all phone lines are still on-premises! So why suddenly all this talk to abandon these traditional solutions that have worked so well in the past? What is different today and what is driving this change?

If history tells us anything…

To answer this question, let’s take a brief history lesson. After all, we all know history does repeat itself.  The first thing to explore is that there seems to be a trend of when particular “workloads” (technology solutions) migrate to the cloud. From what we have seen, different workloads move at different times, for different reasons.

One of the very first workloads to move to the modern cloud was CRM (Customer Relationship Management).  We all know Salesforce.com was the pioneer in taking a traditional on-premises application for managing sales teams and moving it to a hosted subscription model in the late 1990s.  In fact, the first Salesforce customers were early adopters looking for an innovative approach to enable (and empower) their mobile and distributed sales teams. There had to be a better way to access core CRM systems other than trying to VPN into a slow corporate network.  The cloud-based model was an effective way to deliver this and offered a more efficient approach for accessing and updating vital pipeline information.

Another key example of a workload migrating to the cloud was email and web security in the mid 2000s, with start-ups such as MX Logic (Acquired by McAfee) and MessageLabs (Aquired by Symantec).  Again, it was always the defacto standard to have a physical box or piece of software running within the four walls of any enterprise… until the cloud evolution. The cloud solution extended protection for remote employees, along with a single console for remote administration.

Circa 2009, Microsoft launched its new hosted Exchange service (eventually becoming Office 365). At first, early adopters were only small companies. Initially, the thinking was that enterprises would never outsource such a mission-critical function, such as email, to another organization. This created more efficiency within an IT organization since resources could be re-purposed to more core-business application support. However, fast forward to today, and most enterprises of all sizes, including the Fortune 100, outsource their email service. That’s been the “new normal” for many years.

And of course, Amazon.com started offering excess server and storage capacity to others. Offering this infrastructure in an on-demand subscription model is now called IaaS (Infrastructure as a Service).  Again, the common lesson here is that initially this was only accepted by early adopters and small companies.  But as the technology and market started maturing, all that changed. Customers could now pay for only what they used and didn’t have to ‘pre-buy’ excess capacity that may never be used. Now, we see even the world’s largest enterprises use IaaS services all around the globe.

So what do all of these examples have in common?  Why did they all migrate at different times? In order for each of them to hit the acceleration and inflection point, there had to be a number of pivotal factors that all converged simultaneously:

The inflection point was that the solution was now mature and the economics proved too powerful not to deploy. There are still many workloads that haven’t quite hit this inflection point due to the above factors never converging. You need a market whose time has come to converge with technology innovation and evolving business demands to make this formula work and drive real momentum.

In addition, when a workload does migrate to the cloud, typically SMBs are the first to adopt it. In most cases, they are not encumbered with legacy on-premise investments and tend to be a bit more agile and can switch over faster. Eventually, as the solution matures and more of the above factors arrive, mid-market and enterprise customers start adopting cloud solutions.

So, let’s bring it back to the recent conferences I mentioned earlier. After analyzing the historical data points, it’s much clearer to see why the UC buzz has now reached its own inflection point. Today, the features and overall value proposition are even better than on-premises solutions. The security and reliability are enterprise-grade and the economics generate significant cost-savings. Now UCaaS customers can have a single application for all of their business communications, no matter where they are in the world. Mobile devices and desktops all tied together in a seamless manner making continuous communications possible.

Collaboration is much easier having presence information and video conferencing with desktop sharing. Security and reliability assurances and SLAs come from the providers who can back it up. On the admin side, UCaaS replaces multiple admin functions with a single console for the entire enterprise. All of these benefits are realized for a single per-user-per-month predictable price. These factors working together with the evolving market conditions are why the next workload to hit this acceleration point is the UC market transforming into UCaaS.

All of the signs are present.  The March Madness takeaway is that UCaaS is now enterprise-ready. We are well past the early adoption stage and the market is truly ready to embrace UCaaS.  Large enterprises have been migrating at a noticeable pace and overall market acceleration has never been stronger. There is no doubt history will continue to repeat itself. The UCaaS wave is getting bigger, gaining momentum and its traction can no longer be denied.

So if you are not already there, hop on and enjoy the ride!

Carlos Román has spent his entire career in both channel and services organizations, and is currently the Head of Global Partner Marketing for 8x8. Román had previously held executive leadership positions at Insight and Avnet, and also founded and operated two technology services start-ups in Silicon Valley. He holds Electrical Engineering degrees from NMSU and Stanford University. [...] Read More >