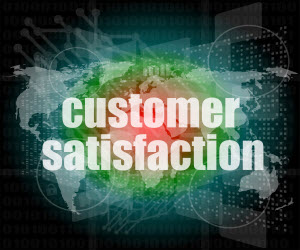 Can  it really pay to be one of the most hated companies in America?

That’s where the reasoning of a recent Bloomberg Businessweek editorial tries to take us. The author, Eric Chemi, argues that—contrary to everything you’ve ever learned about customer satisfaction leading to increased profitability and business success—“The companies you hate are making plenty of money. In fact, the scorned tend to perform better than the companies you like.”

I could not possibly disagree more!

I’ve always believed that one of my most important tasks—and that of any CEO—is ensuring that our company satisfies its customers and that they are getting value in return for choosing to do business with us. This not only gives CEOs a chance to see that problems are fixed, but sound research shows that when customers call with a problem, addressing it to their satisfaction is actually a key opportunity to ensure repeat sales and increase the lifetime revenue per customer. For example, the White House Department of Consumer Affairs estimates that when a customer’s issue is resolved positively, he or she is likely to return, and also to tell four to six people the story.

So, like many, I was taken aback by Eric’s conclusion. How could it possibly be true that it pays to create angry, dissatisfied customers that will, presumably, take their business elsewhere—and will probably share their discontent with everyone they know?

Let’s look at Eric’s reasoning.  He took the data from a survey of major brands from the American Customer Satisfaction Index (ACSI) and compared those rankings to the parent companies’ stock returns. He found no positive correlation between satisfaction with a company’s brand and the stock’s performance in 2013. If anything, the 20 most hated companies did better in the stock market in 2013 than the 20 most liked!

Now, in the real world—where most of us live—I’ve seen lots of people who come out of negative customer service encounters vowing never to patronize that company ever again. That can’t be positive for revenues.

Good companies know this, and invariably invest serious effort in improving their customer satisfaction teams.  And if Eric is right—which would defy common sense—then I would rather be wrong!