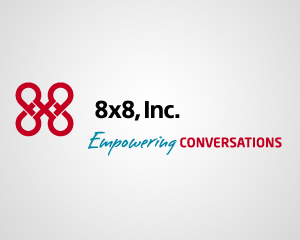 This month’s issue of Internet Telephony magazine includes an article about 8x8’s move to Sunnyvale to accommodate our growing number of employees.

8x8 Builds More than Just a Virtual Office in Sunnyvale

When 8x8 moved into its new corporate headquarters facility in Sunnyvale,Calif., back in August, it was largely to accommodate the growth it was experiencing with its Virtual Office service.  Not only is it continuing to grow in the SMB space, but when the company officially celebrated its new facilities with an open house last month, Huw Rees, 8x8’s vice president of business and channel development, told me that the company is also seeing much more interest from the government and large enterprise markets as well.

“They have been watching from the sidelines and realize there are real advantages, not the least of which is cost savings, but also mobility, flexibility and ease of use and management,” he said.

It’s not that hosted VoIP is a new concept for these customer segments.  Rather, they have been concerned about the quality, reliability and security of such services.  But, over the past year or two, the industry has made significant strides in improving what had been detrimental attributes and kept many larger businesses from actively engaging companies like 8x8.

“There is no data to support these claims,” Rees explained.  “This isn’t just a wish list.”

In addition, with government agencies receiving mandates to explore cloud-based IT solutions, it stands to reason that hosted communications would also fall into that activity, and Rees expects the interest from government agencies to continue to grow.

Locally, 2010 Republican gubernatorial candidate Meg Whitman has installed Virtual Office lines in her two campaign offices and, in a letter to 8x8, expressed her pleasure at not having to go outside Silicon Valley for a cost-effective, reliable phone service.

“It’s companies like 8x8 that will help California stay competitive and grow our economy,” she said.

In addition to simply adding a growing company to the list of telecom vendors inSunnyvale, 8x8 is also committed to helping the community grow, which was the key focus of the open house, including an address by Barrie Hathaway, executive director of The Stride Center.

The Stride Center provides career training, development and placement programs for individuals, who, as Hathaway noted, are unemployed or “underemployed” and likely lack the skills to advance to a more effective career path.

The program comprises a minimum six-month, 330-hour training regimen, five nights a week for 22 weeks.  That requires a genuine commitment from its students.  It also ensures graduates have a sense of accomplishment that translates into a sense of responsibility in their careers.

“I know there is 12 percent unemployment out there, but it’s still very hard to find qualified individuals who can adapt to the speed with which technologies change,” noted 8x8 Chairman and CEO Bryan Martin.  “You need to find individuals who have a passion for success; we’re finding that passion in the people we’re meeting out of The Stride Center.”

Growth, in and of itself, is a benefit to the local economy, since it results in additional hires.  But, when a company is able to not only hire, but find talented, motivated employees from a pool of candidates that have made a conscious decision to dedicate themselves to career improvement, that not only rewards those individuals, but adds employees that want to work and will provide the greatest benefit to companies like 8x8 and their customers.  At the end, it’s about hiring the right people.

“What Bryan and his team are trying to do is run a successful business, and they have to make smart hiring decisions,” said Hathaway.  “But they have also made the decision as an organization to make decisions that are good for the community, while running a smart business.”

Smart business means making decisions that better the entire corporate culture, which, for 8x8, includes the community.  In fact, two Stride Center graduates were in attendance that evening.  At the end, 8x8 is preparing itself for continued growth, especially as it looks to become the largest high-definition VoIP provider in the country when it rolls out its wideband service to all of its IP endpoint users in the next few months.  While most people don’t even realize what HD audio is – to them, a phone is just a phone – once they hear the difference, they will realize the difference.  The rollout of HD and other sticky services will generate even more interest from all market segments, and as for 8x8’s relationship with The Stride Center, as Martin said, “There are a lot of empty chairs out there.”