They say lightning never strikes twice. St. Matthew’s Lutheran School hope that’s true because in June 2010, a lightning strike knocked out the school phone system. 8x8 hosted VoIP service, discounted through the E-rate program, got the phones ringing again before the month was over.

For many years, the school’s phone system ran on a donated PBX that was more than 10 years old. On June 5, 2010, a lightning strike hit the school building and damaged the phone system. Many extensions no longer worked, and the shared lines used for outgoing calls went dead.

“We were desperate to get a new system installed quickly, but the quote we got for a new on-premises PBX, including hardware, phones, computers, software and ongoing support fees, was more than $10,000,” he recalls. “And we had to factor in the maintenance costs of hosting the new PBX and computers internally. It was a lot more than we could afford to pay.”

Zaferos began looking for a hosted PBX solution that would reduce the school upfront costs. He contacted 8x8, and from his first conversation with the team, he felt that 8x8 was a good fit.

“8x8 knows how to scale to meet the needs of smaller organisations,” he says. “The technology is easy to use and manage, and the cost is phenomenally competitive, especially compared to do-it-yourself phone systems.”

8x8 assisted St. Matthew’s school in receiving discounted VoIP services through the federal government E-rate program for schools and libraries. The program was set up in 1997 when the Federal Communications Commission (FCC) adopted a Universal Service Order implementing the Telecommunications Act of 1996. The government program was designed to ensure that all eligible K-12 schools and libraries have affordable access to modern telecommunications and information services. Up to $2.25 billion is available annually through E-rate, which is administered by the Universal Service Administrative Company (www.usac.org).

“8x8 participation in E-rate allowed us to add features and capacity to our phone system and still keep our costs down,” says Zaferos. 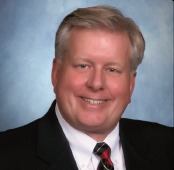 8x8 knows how to scale to meet the needs of smaller organisations. The technology is easy to use and manage, and the cost is phenomenally competitive, especially compared to do-it-yourself phone systems.

Working together, Zaferos and the 8x8 team quickly designed and implemented a new phone system for St. Matthew’s. The school purchased 20 individual extensions to support unlimited incoming calls and also purchased 30 new VoIP phones. By the end of June 2010, the new phone system was up and running. Even more amazingly, the total up-front cost was just $1,600. 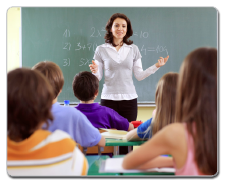 “We saved a great deal of time and money by selecting 8x8,” says Zaferos.”8x8 hosted service takes away the headache of purchasing and maintaining an on-site PBX. It doesn’t make sense for a small organisation like ours to do it when 8x8 can do it much more cost-effectively. All we had to do is purchase new phones, and that cost was negligible compared to the cost of a new PBX.”

The school saves additional money by using 8x8 Auto Attendant to answer its main phone line. Callers can hear the latest updates about school activities and route themselves to different school and church offices.

“With 8x8 hosted PBX service, we don’t need a live person to answer incoming calls,” says Zaferos. “That offloads our staff while ensuring that all calls to the school are handled appropriately.”

One of the requirements of the E-rate program is that recipients get new bids from telecommunications providers each year to ensure they are selecting the most cost-effective vendors. According to Zaferos, no one has come close to beating 8x8.

“For the past three years, I’ve checked the competitive bids, and they are all much higher than 8x8,” he says. “No other VoIP provider delivers what 8x8 offers for this price.”