When the EPA’s Office of Ground Water and Drinking Water hired Outreach Process Partners (OPP) to run its Safe Drinking Water Hotline, the company had just weeks to stand up and deploy a new call centre. 8x8’s cloud-based technology and JumpStart training enabled OPP to meet the deadline.

Rapid Call Centre Deployment Was a Must

In 1974 when the U.S. Congress passed the Safe Drinking Water Act, nobody could have guessed that one day 21st century communications technology would play a key role in answering the public’s questions about drinking water quality. But in March 2012, OPP, a woman-owned small business based in Annapolis, Maryland, won a blanket purchase award contract, and the first task was to run EPA’s Safe Drinking Water Hotline. OPP had to transition the call centre by May 1, 2012.

OPP’s mission is to provide expert outreach/public involvement services to government clients and private-sector contractors that result in measurable improvement in program objectives. The company specializes in helping government agencies and contractors communicate effectively with stakeholders, including the American public.

“Premises-based call centres fail to meet delivery dates and budget requirements about 55% of the time,” Donnelly explains. “They’re also expensive to customize and maintain. We needed a solution that could quickly meet our needs and budget.”

Roper-Graham and Donnelly met with the EPA and the previous contractor that had run the Safe Drinking Water Hotline for years, to gather information and create a project plan. The project plan incorporated cloud technology, live agent support, IVR scripts, and the government-owned 800 phone number that needed to point to the new virtual call centre. The next step was interviewing potential hosted VoIP call centre providers. 8x8 stood out right away.

“I spent two days trying to get in touch with other vendors,” Donnelly recalls. “I realized that if it was hard to get them on the phone, they weren’t capable of delivering our solution on time. 8x8 was immediately responsive to me when I called. The sales person I spoke with seemed genuinely interested in helping me solve this challenge. I sensed that 8x8 would be a solid partner and stand by us through thick and thin. I felt very comfortable dealing with them.” 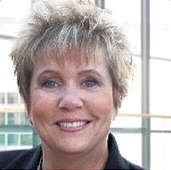 “8x8 was immediately responsive to me when I called. The sales person I spoke with seemed genuinely interested in helping me solve this challenge. I sensed that 8x8 would be a solid partner and stand by us through thick and thin. I felt very comfortable dealing with them.”

8x8’s JumpStart program is designed to help customers deploy a virtual call centre in as few as three days. Even though OPP had three weeks following project plan approval, they quickly scheduled four sessions with an experienced 8x8 trainer.

“The training we got from 8x8 was excellent. Our trainer went out of her way to help us get up to speed, and she made the product dance and sing. We learned a lot from her,” said Janice Roper-Graham, President of OPP.

Together OPP and the 8x8 trainer tested the call flow, tweaked IVR greetings and did QA testing. Everything was going smoothly—until at the last minute the previous contractor decided to retain the existing IVR greetings.

“I was slightly panicked,” says Donnelly. “It was Thursday, and we were supposed to go live Monday. How were we going to professionally record all new greetings, stay within budget, and get it done on time?”

With a little ingenuity, she found a way. Using the voice recorder feature on her smartphone, Donnelly recorded her own greetings, and used a free Internet language translator to translate some prompts from English to Spanish. OPP validated that the Spanish translations were correct with the native speaker on the OPP team who handles Spanish voicemails. She then uploaded both the English and Spanish greetings to the 8x8 Virtual Contact Centre as .WAV files.

“It was a crazy time,” she recalls, laughing, “but we got both sets of greetings done; they sounded great; and we were ready to go live on Monday morning.”

With the help of 8x8 technology, OPP was able to implement several enhancements to the hotline while reducing the operating costs to EPA. These included translating all recorded greeting scripts into Spanish to better serve this segment of the drinking water community. Previously the greeting scripts were only provided in English.

Additionally, callers to the hotline are now given the option to leave a voicemail, both during the operating hours of 10:00 a.m. to 4:00 p.m. weekdays as well as after hours, with typically same-day or next day response times. Previously, callers were only allowed to leave a voicemail during call centre hours. If they called after hours, they had to call back to get support. OPP’s solution enabled 24-hour accessibility to the public at no additional cost to the EPA.

On May 1, the 8x8-enabled Safe Drinking Water Hotline cut over to the new system without a hitch. With just three agents working from 10 a.m. to 4p.m., the hotline processed 916 calls and 120 voicemails from the public during that first month.

Another provision of the Safe Drinking Water Act requires local water providers to issue Consumer Confidence Reports by July 1 of each year to inform the public about the quality of their drinking water. As a result, calls to the hotline typically spike in the summer time. In June, July and August 2012, the Safe Drinking Water Hotline processed more than 3,500 calls.

“We use the 8x8 ticketing system to capture call details such as the number of calls handled, dropped, escalated, and transferred, and the number of voicemail messages received in both English and Spanish,” explains Donnelly.

“We also customized the ticketing system to include details like the caller’s mood so we can indicate when someone was upset or pleased. Another field we added is the EPA Region where the call originated,” she says. “When we deliver our reports to the EPA, this additional information helps us identify trends and keep EPA leadership better informed about the public’s needs and trends regarding safe drinking water. EPA has given us very positive feedback on the quality of our 8x8 reports.”

When people call with questions about their local well water, the flexibility of the 8x8 virtual call centre software also gives the OPP call centre agent the ability to transfer those calls directly to an outside number dedicated to the Water Systems Council Wellcare Hotline.

For drinking water questions that are not in the knowledge base on EPA’s website, OPP drafts recommended responses, which are forwarded to EPA Subject Matter Experts for verification, then provided to the public callers via email or call back. When two or more callers ask the same question, OPP uses the new EPA-approved language to update the online knowledge base. This feedback loop ensures continuously updated and improved information is available on the website.

As the Safe Drinking Water hotline approaches its first anniversary of operation, OPP is working with EPA to further streamline processes while still providing the same or better public outreach capabilities.

“For our second year of the five-year contract, we have reduced overall costs slightly but will investigate offering 8x8’s web callback and chat features to give callers more options to reach us,” says Roper-Graham. “Where we can be more efficient but also improve services to the public, we will. We want to give the best possible value to EPA and the taxpayers.”

Donnelly is so pleased with the performance of the hotline’s virtual call centre and the support she received from 8x8, that she presented her own case study at the annual HDI 2013 Conference & Expo on April 18, 2013 in Las Vegas, Nevada.