Say Goodbye to the Five-Day Workweek? 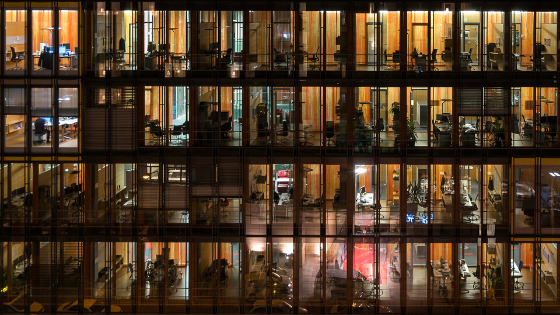 Have you ever wondered who decided a Monday-Friday work schedule was the best way to conduct business? While many attribute the five-day workweek to Henry Ford, the traditional work schedule was first officially born in the United States in 1908 at a Cotton Mill in New England. The idea was to make sure Jewish employees had the Sabbath to rest. As the years went by, more and more businesses followed suit. Then in the 1920s, Henry Ford adopted the five-day model for his employees at Ford, shutting down his factories on Saturday and Sunday to give employees time to rest and spend with families. The rest, as they say, is now history. But while much has changed since the early 1900s, the five-day workweek remains the norm for most modern businesses. Will we see that begin to change in 2020 and beyond? If companies like Microsoft are any indication, the answer may be “yes.”

Last month, Microsoft dominated headlines with news of their four-day work week experiment, which resulted in a 40% jump in productivity. Not surprisingly, the article garnered thousands of comments on social media ranging from “why don’t more companies do this?” to “how could this possibly be sustainable?” Both are fair questions. As Millennials fill leadership positions vacated by Baby Boomers headed into retirement, and Gen Z begins to invade the workplace, will we see the traditional workweek become a relic of the past? While both of the younger generations have been labeled as lazy or entitled, research shows that they’re just on a mission to restore balance. This New York Times article proclaims that “young people are going to save us from office life.” Could moving to a four-day workweek be the first step in that direction? Was the Microsoft experiment a fluke or a vision of the future of work? We interviewed other business leaders who’ve moved to a less traditional workweek model to answer these questions.

Neil Andrews, the co-founder of PPC Protect, a tech startup in the UK that helps clients protect themselves from click fraud on Google Ads, says his company made the bold move to cut their workweek down to four days a little over a year ago. So far, so good, says Andrews, who notes their business has seen numerous benefits--both tangible and intangible.

“First and foremost, our team is much happier and less stressed, says Andrews. “As part of our four-day work week, everybody gets Fridays off, which gives them a weekday to do whatever they want. Most of our employees find this helpful when booking appointments (hairdressers and doctors), going shopping, or going away for a 3-day weekend. Doing these things on Friday is often less busy compared to doing them on the weekend when everyone else is off work!”

In addition to saving time, PPC Protect employees are also saving money--either on gas or public transit tickets. And the reduction in commute times is helping the company reduce its carbon footprint. But how has this policy impacted the bottom line?

Andrews says his team has seen a significant boost in productivity. And the proof is the data gleaned from their project management software. On average, his employees are completing tasks 16% faster than they were during five-day workweeks. HR & recruiting are reaping the benefits, too. Since moving to a four-day week, they’ve seen a boost in job applicants, allowing them to fill open positions more quickly than ever before.

“Not everyone is motivated by money. And, in fact, having a good work-life balance is often preferred,” said Andrews. “Since switching to a four-day workweek, we’ve had more applicants for our vacancies than ever before, with so much positive feedback on our shorter workweek. While I understand this model might not be suitable for every type of business, for anyone in the tech space, I certainly think it will become more and more common.”

For Cashcow, an SEO-focused digital company, the non-traditional workweek takes on a slightly different form. They’ve shortened their workdays to six hours (which essentially adds up to four days), and they allow employees the flexibility to choose their hours for the day. Another perk? The company is entirely remote.

Antti Alatalo, Cashcow’s Marketing Director, explains the motivation behind the decision to shorten workdays and illustrates how the company has benefitted from the new approach.

“Our decision to reduce the working day to six hours stemmed from personal experience. We have all previously worked at companies with very rigid eight-hour (or more) schedules, and this has made no sense to us for a long time,” said Alatalo. “We believe that working shorter stints improves productivity and efficiency as it’s incredibly difficult to stay focused for such a long duration. Also, we’ve personally been in situations where we weren’t allowed to start late or even work the full day at home, which has proved to be inconvenient, frustrating, and unnecessary. Therefore, we decided to turn it all on its head, and we’ve reaped the rewards.”

What are some of those rewards?

“We firmly believe that our unique approach to work gives us the competitive advantage over our peers in the industry,” says Alatalo.

Digital agency, Exposure Ninja, is taking a bit of a modified approach to the shortened workweek, too. While it’s not a company-wide policy to work shorter weeks, the entire team works remotely, and they’re free to structure their weeks to suit their preferences. Some employees do choose to work longer days to modify their schedules in a way that allows for three day weekends. Their flexible schedule guidelines put employees in control, empowering them to work when they feel most productive.

“Our official guidelines on working hours are that employees must be available for at least two hours in the UK workday for four days per week. In this sense, we have an indirect four-day workweek policy,” says Tim Cameron-Kitchen, Founder and Head Ninja at Exposure Ninja.

Since moving employees out of an office and into flexible, 100% remote work arrangements, Cameron-Kitchen says his team has seen a 50% boost in productivity. So, why haven’t they made the four-day week an official policy?

“The only reason why our company doesn't enforce a four-day workweek is that some employees like to work fewer hours per day and stretch out their tasks over several days,” says Cameron-Kitchen. “We believe in giving employees the freedom to manage their workloads in the way they prefer.”

While less traditional work hours have worked well for the teams at Exposure Ninja, Cashcow, and PPC Protect, a move away from the traditional Monday-Friday, 9-5 isn’t for everyone. When Slumber Yard tried a similar experiment last year, their results weren’t as promising.

Does a Condensed Week Work for Every Business?

For two months in 2018, Slumber Yard leaders had everyone work 10 hours per day, Monday through Thursday. When they first announced the change, their employees were ecstatic, and they saw a nice boost in morale. It didn’t take long for the novelty to fade and the morale to go back to normal, though. In fact, after about a month, leaders say it just felt like business as usual.

“Beyond the initial boost in employee morale, our experience with the four-day workweek was generally negative. First, my business partner and I found that productivity actually decreased. In our audit, the first 60 minutes of each day was largely wasted,” says Matthew Ross,co-owner and COO of Slumber Yard. “Since the employees had to arrive earlier, they treated the first hour as their de-facto morning wake-up period. They'd get coffee, chat with co-workers, and surf the internet. Furthermore, the last two hours of the day were not very productive either. It seemed like employees would just hit a wall around the eight-hour mark. Maybe it was just a habit, but once they hit that mark, we saw a huge spike in employees surfing the internet.”

Another unexpected consequence of the longer days but shorter weeks? The need for more snacks and coffee. Just in breakfast items alone, Ross estimates they spent an additional $400 each month--which adds up for a small business. Ultimately, between the dip in productivity, unexpected extra costs, and the fading boost in morale, the four-day week just wasn’t a fit for Slumber Yard. After a few months, they opted to go back to the regular five-day schedule.

Bringing it All Together

Has your team experimented with new ways of working? If you’ve tried a shorter workweek, shorter workdays, or flexible remote-based models, we’d love to hear about it! Drop me a Tweet: @ericamarois. While the four-day workweek isn’t for everyone, it’s easy to see why companies like Microsoft have embraced the trend. And as technology continues to evolve and improve connectivity, collaboration, and productivity, it seems like an inevitable shift. The key is having the right communications tools on your side, like 8x8.

Want to learn more about the future trends to watch in business communications in 2020 and beyond? Download your free copy of this eBook, 8 Business Communications Trend to Watch in 2020.

A passionate connector of people, Erica is a customer and employee experience enthusiast who loves helping others find unique solutions to their biggest challenges. She has 12+ years of experience in content creation and community building and volunteers as a facilitator for CX Accelerator. Erica works from home in Richmond, VA, where she lives with her husband and their lab-mix, Quinn. Outside of work, she loves cooking, traveling [...] Read More >