Buydig.com is a growing online retailer whose outdated Toshiba PBX could only handle 46 calls at a time. To enable future expansion, IT management wanted to replace the PBX with a more scalable cloud solution. 8x8’s industry-leading reputation and proven technology won Buydig.com’s business, and now the company has sleek modern phones, a mobile app, deep visibility into contact centre operations, and best of all, a future that’s no longer constrained by the capacity of its phone system.

Beach Trading Company began as a small beachfront store in Maine back in 1983. When the Internet revolution arrived in the mid-1990s, the company quickly reinvented itself as a leading online retailer of cameras, video, home entertainment and other consumer electronic products. Now based in Edison, New Jersey, the company still maintains a small store front and mail order business in addition to two online shopping engines: Buydig.com, its own independent channel, and sister company Beachcamera.com, a top-rated Amazon and eBay reseller.

With a strong Internet presence behind it, Buydig.com has expanded over the years and continues to get bigger. But this ongoing growth created a problem for IT Manager Charles Bender because the company’s digital Toshiba phone system could not keep up.

“Our old Toshiba PBX ran over two T1 lines and was capped at 46-call capacity,” says Bender. “During peak call times, all our phones would be busy and calls couldn’t get through. The system couldn’t scale any higher, so we were stuck.” Buydig.com’s Toshiba phone system also lacked essential business features, such as DID lines, mobile apps, and email notification of voicemail. Callers had to dial a general number and then enter an extension to get through, and the only communication tool available was voicemail.

Old System Was Expensive and Tough to Manage

Tasked with finding a replacement phone system that could accommodate the company’s growth, Bender first considered other on-premises solutions, but then realized the cloud was a better one. 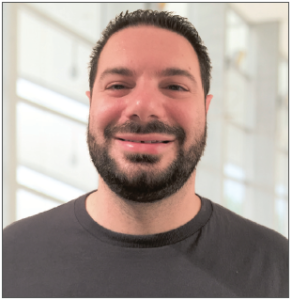 “We looked at Cisco and ShoreTel systems, but they’re quite expensive and wouldn’t fully resolve our capacity problem,” explains Bender. “They’re also hard to manage. The idea of moving to the cloud was very attractive because hosted solutions are scalable, cost-effective, and don’t require a lot of IT maintenance.”
Charles Bender
IT Manager

Bender and his team began researching cloud-based phone systems. Some vendors they hadn’t heard of before and others didn’t have good user reviews. That wasn’t the case with 8x8.

“8x8’s been around a long time and has the best reputation in the industry, with technology that’s been proven in the field,” says Bender. “We also watched an online demo and really liked the way 8x8’s phone technology works, especially the integration with the contact centre.”

For Bender, the selection of 8x8 came down to three key questions:

Unlike many other vendors, 8x8 could answer all these questions with confidence, which in turn made Bender confident that he had found the right cloud solution for Buydig.com.

In late 2014, Bender’s team started deploying Buydig.com’s new 8x8 phone service and contact centre. To ensure the rollout went smoothly, Bender carefully reviewed the technical documentation and best practices provided by 8x8. He realized that the company needed to improve its network infrastructure by replacing the old core switches with modern gigabit Power over Ethernet (PoE) switches. Bender also created an internal VLAN, segmenting voice from and data traffic. His efforts were well worth the results. The deployment went very smoothly, with no downtime in phone service, an achievement he credits to 8x8.

“8x8’s technical documentation is very good,” says Bender. “It helped us prepare for the migration by getting our network ready first. During the transition, we used our old phones alongside our new ones until the numbers were ported over, and we never missed a single call.”

Although Bender notes that rolling out an integrated phone system and contact centre made Buydig.com’s deployment slightly more complex, another 8x8 feature made things much simpler: preconfigured Polycom phones.

“We used to have to configure the phones for our on-premises Toshiba system, and it was very time-consuming,” recalls Bender. “During the 8x8 rollout, we did not have time to configure our new Polycom phones one by one. It turned out we didn’t need to! They were all ready to activate, with zero configuration required, saving us a huge amount of time.”

Now that the deployment is complete, other employees have become fans of the Polycom phones, too. Features like conferencing, speakerphone and call log are very popular with users who only had basic phones before.

“It’s very handy being able to see the call history on the phone,” says Bender. “We could never access that kind of information before. And the conferencing features make it easy to connect with remote employees and outside vendors.”

8x8 mobility features have become popular as well. For example, warehouse managers use an overhead paging system to contact their workers. In the past, they had to find a desk phone in order to initiate a page. With 8x8’s mobile app, they can simply take out their iOS or Android phones and page warehouse workers immediately.

Employees who meet off site with customers and vendors also depend on the 8x8 mobile app to stay in touch with the office. And if they do miss a call during a meeting, 8x8’s email notification of voicemail feature ensures that they receive the message quickly.

Visibility in the Contact Centre Adds Value to the Business

Buydig.com’s new 8x8 Virtual Contact Centre has brought a myriad of new, modern capabilities to the company and its supervisors and agents. For example, 8x8 supports both Buydig.com and its sister company BeachCamera.com by enabling two sets of separate 800 numbers for billing, sales and customer service that feed into the same back-end queues. Agents can immediately see which company and department the call is for and answer appropriately.

In addition, every agent and supervisor now has a DID line, enabling them to use local, less expensive numbers for outbound calling. Yet another cost savings flows from supervisors managing the contact centre queue themselves instead of paying an outside vendor to do it.

“Before we had to call our service provider every time we wanted to make changes to the queue,” says Bender. “It was a long process and we paid a lot of extra service charges. With 8x8, our customer service supervisors can just log in and change the queue directly without incurring additional costs.”

Visibility has also greatly improved in the contact centre. Agents can see how many calls are waiting or on hold, and supervisors can see which agents are taking calls or breaks. New 8x8 tools now enable supervisors to record and listen in on live calls so they can assess agent performance, assist in resolving customer issues, and make sure established SLAs are met.

“8x8 lets you see exactly what’s going on with the queue and which agent did what,” says Bender. “Our supervisors get email updates every 30 minutes indicating the status of our SLAs. All of these features are new to us and add value to our business. Although we’re spending about the same on phone service as we did before, we’re getting so much more for our money with 8x8.”