Vik Verma is Chief Executive Officer at 8x8, Inc., the world’s first communications cloud provider, empowering over 1 million business users to communicate and collaborate across dispersed locations to deliver exceptional customer experiences. 8x8 is a pioneer in unified communications and customer engagement solutions with over 150 patents, driving global innovation in how companies communicate with their employees and customers.

Verma is an engineer at heart who began his career at Savi Technology, Inc. (Savi), a leader in RFID and cloud-based technologies as a design engineer and went on to become the Chief Operating Officer and eventually the Chief Executive Officer of Savi in 1997. He holds eight patents and was named one of 40 “Technology Pioneers” by the World Economic Forum, in Davos, Switzerland in 2003 for a successful track record in building profitable businesses around emerging technologies.

Verma joined 8x8 as a board member in 2012 and was appointed Chief Executive officer within a year to lead the company’s global expansion. He is the driving force behind 8x8’s market leadership in a 50 billion dollar unified and contact center communications market and its continued push for innovation in areas like Artificial Intelligence, machine learning and data analytics. Under Verma’s leadership, 8x8 has evolved into a global player in unified cloud communications from its inception as a Silicon Valley startup.

With more than 25 years of industry and management experience, Verma has successfully transformed several technology businesses through organic growth, international expansion and strategic mergers and acquisitions. Prior to 8x8, he was President of Strategic Venture Development at Lockheed Martin where he led early-stage technologies to new global commercial markets through collaborative incubators, intellectual property portfolio licensing and strategic partnerships with multi-national companies. Prior to this, Verma was the President of the IS&GS Savi Group, a Lockheed Martin technology and information services division providing real-time supply chain management and security solutions for government and commercial markets worldwide. His journey with Lockheed Martin began when he was Chairman of the Board and CEO of Savi, that was acquired by Lockheed Martin in 2006.

Verma holds a B.S.E.E. degree from the Florida Institute of Technology, an M.S.E. degree from the University of Michigan in electrical engineering, and the post-graduate degree of Engineer in Electrical Engineering from Stanford University. Subsequently, in keeping with Silicon Valley tradition, Verma left his PhD program at Stanford to join the startup world. He is also an alumni of the Executive Management programs for CEOs at Harvard Business School, Stanford University, and the Haas School of Business at UC Berkeley.

Verma’s Florida Tech honors include being a recipient of the Faculty Honors Award (Co-Valedictorian) Class of 1987, the 1987 Tau Beta Pi Williams Fellowship, the 1999 Alumni Distinguished Achievement Award, and being selected as a commencement speaker in 2002. He served on the Florida Tech Board of Trustees from 2002 to 2007 and rejoined the board in 2015. 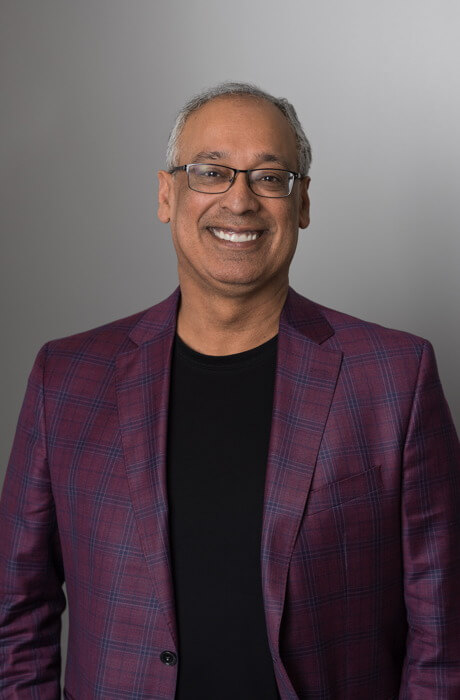 8x8 is leading cloud provider of voice, video, collaboration and contact centre solutions for over one million users worldwide.

Gartner UCaaS Magic Quadrant: The Top 12 Vendors In 2019
'He liked my spirit, and approved my visa on the spot'
Special Report: Behind the X with 8×8
View all Press Coverage